United States (US) investments in Egypt totals to $21.8 billion over the past 12 months according to Egypt’s Minister of Trade and Industry, Nevine Gamea.

The investments are in sectors such as tourism, agriculture, service, industrial, construction, telecommunications and information technology.

Gamea’s remarks came during a meeting with a delegation from the US Department of State headed by Keith Krach, Under Secretary of State for Economic Growth, Energy and the Environment who were in the country to discuss on joint economic cooperation.

She also noted that economic relations between the two countries are strategic, based on a long history of joint cooperation in various commercial, industrial and investment fields at all levels. She also added that the US is one of the most important exports destinations for a large number of Egyptian products due to competitive advantages and acceptance of the products by US consumers. 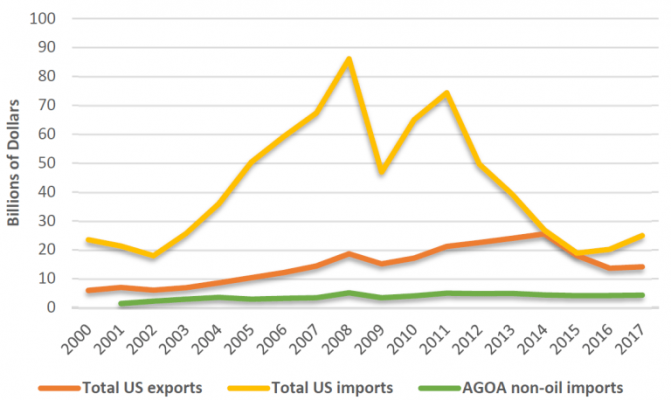 The minister added that the meeting reviewed ways to enhance joint cooperation in economic fields between the two countries, especially in light of the preparations for holding the fifth round of meetings under the Egyptian-US Agreement for Trade and Investment (TIFA), which are scheduled to be held during  December through video conference technology.

As part of the Qualified Industrial Zones Agreement, the two sides also discussed expanding joint cooperation taking into account the recent joining of new companies. These additions take advantage of the preferential benefits that the agreement provides for export to the United States market, mostly in the field of ready-to-wear and textile industries, which represent about 98 per cent of the products that are exported within the framework of this agreement.

During the meeting, the US expressed its desire to develop joint cooperation in the field of small- and medium-sized enterprises (SMEs).

This follows another win for the country as the Egyptian Exporters Association (Expolink) signed a Memorandum of Understanding (MoU) with the Arab Brazilian Chamber of Commerce (ABCC) to maximise the growth of exports from the Latin American country.