Lisa Curtis started her business, Kuli Kuli, on the basis of the benefits of the moringa plant, which is grown in parts of Asia and Africa. The plant also became her key selling point. But then she realized, after a friend’s suggestion, that her story should lead the way.

“I didn’t want it to be about me. I didn’t think it was relevant for it to be about my story,” she said. “Initially, I started out with, ‘moringa is this amazing tree you never heard of,’ but changing it to start with why I cared about it was incredibly powerful. Telling my story and starting with ‘why’ has been the best quote unquote marketing tactic that we use.” Curtis does, in fact, have quite the story. After serving as a regional youth coordinator for the United Nations, in the late ’00s she became interested in the people of the world who live off a dollar a day (about 10 percent of the world’s population were living on less than $1.90 a day, defined as extreme poverty, in 2015). 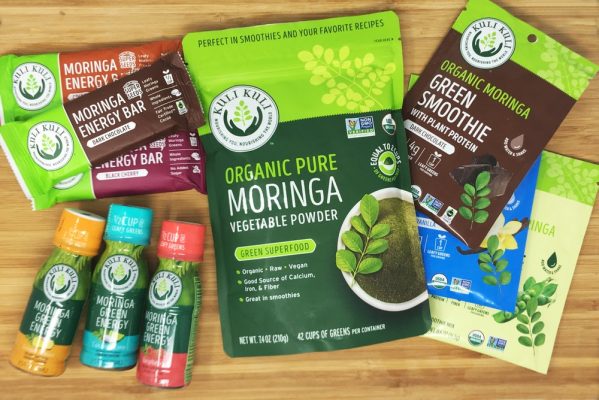 “I felt like the best way to do that was to actually experience it myself and go somewhere where I could live at close to a dollar a day,” she said. So in 2010, when Curtis was 22 years old, she joined the Peace Corps, which sent her to Niger, Africa. She lived there on $75 a month.

As a vegetarian, Curtis struggled to find food to eat, subsisting on millet and rice. Some local nurses then introduced her to moringa in the form of the African peanut snack kuli kuli.

“I got hooked, and I wanted to find a way to support them and other women to grow moringa and use it to improve nutrition locally,” Curtis said. “But they really wanted help earning a sustainable livelihood through growing this crop.”

Curtis was then briskly whisked out of the country, after members of a branch of al Qaeda kidnapped two Frenchmen near a bar frequented by Peace Corps members. They were later killed. The event was tragic, but for Curtis, it also meant the potential of lost relationships. “I’d only been there for seven months, but I had developed incredibly close relationships,” she said. “It’s not like there’s any TV or anything else to do. You just talk to people all day in town. I felt like I hadn’t had a chance to give back in any way.”

She ended up in India, attending a friend’s wedding, but stayed there for five months as an intern at an impact investment firm. With this experience, along with some informational interviews and a volunteer stint at a food company, she felt ready to tackle her moringa project. After she recruited a team, Kuli Kuli launched onto the market in 2014.

Now, the company sells moringa products including moringa powder, smoothie mixes, energy bars and green tea shots in 7,000 stores. Its top sellers are its Pure Moringa, Black Cherry Bar and Raspberry Energy Shot. Kuli Kuli sources its moringa from 1,300 farmers across 13 different countries. Curtis said it has averaged 100 percent growth every year of its existence. The company recently raised $6 million in a series B round, led by Griffith Foods and Kellogg’s.

Curtis’s advice for new entrepreneurs is to start small.

“Sometimes, entrepreneurs do everything they can to be big,” she said. “Often, they don’t appreciate the benefits of being small and nimble and being able to make something in a kitchen on Saturday and sell it at the farmer’s market on Sunday and realize that it’s not working and create something totally different the next week. That iteration process is important.” She added, “The non glamourous part of the first year of starting Kuli Kuli was that most of my life was spent selling us into stores and then doing demos and passing out bar samples to customers.”

But also, caring about people can certainly help.

“On the extrovert scale, I’m a 10 out of 10. I love people,” she said. “My saddest moments are when I am not around people. … It’s been unbelievable the amount of help and support we’ve gotten along the way from all different levels. All of that has come from me meeting people and being excited about what we’re doing and sharing that enthusiasm with them.”