Actually, it is his pedigree in public speaking that has seen him attain some kind of celebrity status, and he certainly earned it. Just about anyone can talk, but when it comes to the business of motivating people with spoken words and helping them push through self-imposed limits and barriers, there aren’t very many persons on the continent who are on par with the South African.
Some call Vusi “The Rockstar of Public Speaking” and he is certainly on top of his game, having edified audiences in up to four different continents in various tours that see him speak to more than 350,000 people every year. 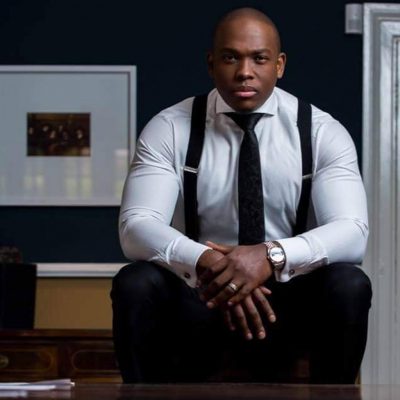 With a World Bank invite under his belt making him the only African speaker that has spoken by invitation at the World Bank, and having been described by the late Nelson Mandela as “a true reflection of the freedom for which we fought,” Vusi is certainly getting a lot of things right.
Yes. I know what you’re thinking by now. You feel like he’s kind of a big deal now but it couldn’t have been easy. And you’re probably right. At 34 years old, the South African has certainly become one of the continent’s youngest stars and one of its brightest sparks. But he had to put in the work; sometimes, it took more work than he would have thought was possible for any one person to put in. More often than not, that’s just the price to pay for success.

Vusi’s work ethic and determination to be twice as good has been evident since his childhood days, his prodigious talents and academic prowess saw him blitz through middle school having bagged several double promotions.

But things unravelled rather quickly as soon as high school came around. First, Vusi was pushed two grades down because he couldn’t communicate in Afrikaans – it was something he tried to kick against but this was one battle he was never going to win anyway. So, he took the advice of his folks which sounded something like; “What’s the rush? What’s a couple of years”

And then it got worse. Tragedy struck when Vusi watched his father die after some rampaging gunmen ambushed them on their way to somewhere. Vusi was only 13 at the time, and besides the trauma of the painful experience, the family soon found itself struggling to survive.
Vusi’s mother essentially became the backbone of the family; it was a responsibility that was shoved right into her hands without a moment’s notice. Before the tragic ordeal, she used to do a few odd jobs part-time but now that the baton had landed in her hands, she had to work multiple jobs round the clock to provide for Vusi and his sister.

The South African was very fond of his father before his demise but as things stand, it would appear that it is the efforts of his mother after the tragedy that has left indelible marks in his heart. She toiled to have the children provided for and she didn’t flinch on her resolve to see them through school regardless of the rather steep costs.

At some point, the family had to vacate the house they had occupied for several years. This had something to do with a bank loan that Vusi’s father had taken to run a business that failed to ultimately deliver the goods. The house had been put up as collateral in the application for the loan and due to failure to pay up, the bank had come to collect.

The family had to move in with Vusi’s grandfather who lived miles away from basically everywhere. The old man lived in a part of town that didn’t have electricity and other amenities, and this was to be their new home. The new arrangement meant that getting to school on time involved waking up in the wee hours of the morning, catching multiple buses and taxis, and still running late by some minutes on a good day.

Somehow, Vusi managed to take the whole ordeal in his stride and keep his head up. He continued to ace it in exams and many other students often came to him for academic advice. Hence, it was in high school that he had his first brush with some sort of coaching and motivational speaking, though he wasn’t even sure it was a ‘thing’ at the time.
The South African managed to complete his high school studies but following that up with college studies ultimately proved a stretch. He did get into college but freshman year was just about as far as he could go before financial troubles caught up with him. His mother had been hauling the family through the hard times that trailed his father’s death but she was now running out of steam.

So, Vusi was forced to drop out and find a job through which he could also contribute to the family’s finances. But even that proved a reached. After six weeks of walking the length of malls in the East Rand and handing out his CV door-to-door and store-to-store with any breakthrough, Vusi was at his wit’s end. He was on the verge of throwing in the towel and maybe getting caught up in ‘street life,’ but there was just this one last card to play.

While in high school, Vusi was a known public speaker amongst his peers and while he was at it, he had managed to build some international networks – those sort of leads you just stumble upon and reserve for a “rainy day.” It didn’t seem like much at the time but he decided to spray and pray anyway.

Using his cellphone, he began to enlist learners in South Africa who were looking to take up jobs in places like the UK and Australia. To his surprise, there were quite a number of people who were on the lookout for such a platform. The first few clients came and then the number grew.

It was this initiative that birthed his first company – GPSA (Global Professionals South Africa) – a global recruitment agency that he ran from his township bedroom. By the time he turned 20, he ranked first in Africa for public speaking and third in the world.

Vusi then sold a portion of his business to a Johannesburg-based digital agency in an effort to digitise his company. But the move ultimately backfired. It proved a premature move and having made a poor choice of partners, Vusi was soon out of business and money; another setback. But Vusi didn’t let it drown him. And when he got another shot, he made good aim.

At the age of 22, Vusi received a life-changing opportunity – he was offered a position at a corporate finance company. Here, he refined his skills in corporate finance and became one of the go-to leverage finance guys in the team.
He utilised his skills in finance and public speaking to telling effect and after one particularly captivating speaking engagement, he walked away from the event with a lucrative job offer. Vusi went on to become an executive at Metro Cash and Carry – one of the largest consumer goods businesses in Africa – where he started, grew and managed a multimillion-dollar portfolio worth USD 40 Mn.

At 25, he ran a USD 30 Mn division in a USD 1.1 Bn multi-national. Today, he is one of the youngest directors of a listed company and the CEO of a boutique investment and advisory firm that helps medium, large and listed businesses through necessary, often initially painful, and always lucrative new directions. He also serves on the board of several companies, seemingly thriving in a world that is built on the edge of chaos.
On the international scene, the 32-year-old has built an attractive and lucrative brand over a 16-year speaking career that has seen him switch things up from public speaking to delivering keynote business addresses on a global level. He has built an impressive following and a huge profile globally, speaking to no less 350,000 people every year.

And when he’s not jet-setting or globetrotting, he’s probably burning some rubber on the asphalt of race tracks being as much a lover of racing and fast cars as a groomer of fast-rising ventures and successful businesses. For Vusi, it’s all about pushing beyond boundaries, challenging the status quo, and inspiring a generation of Africans to ditch the old ways and set new standards.